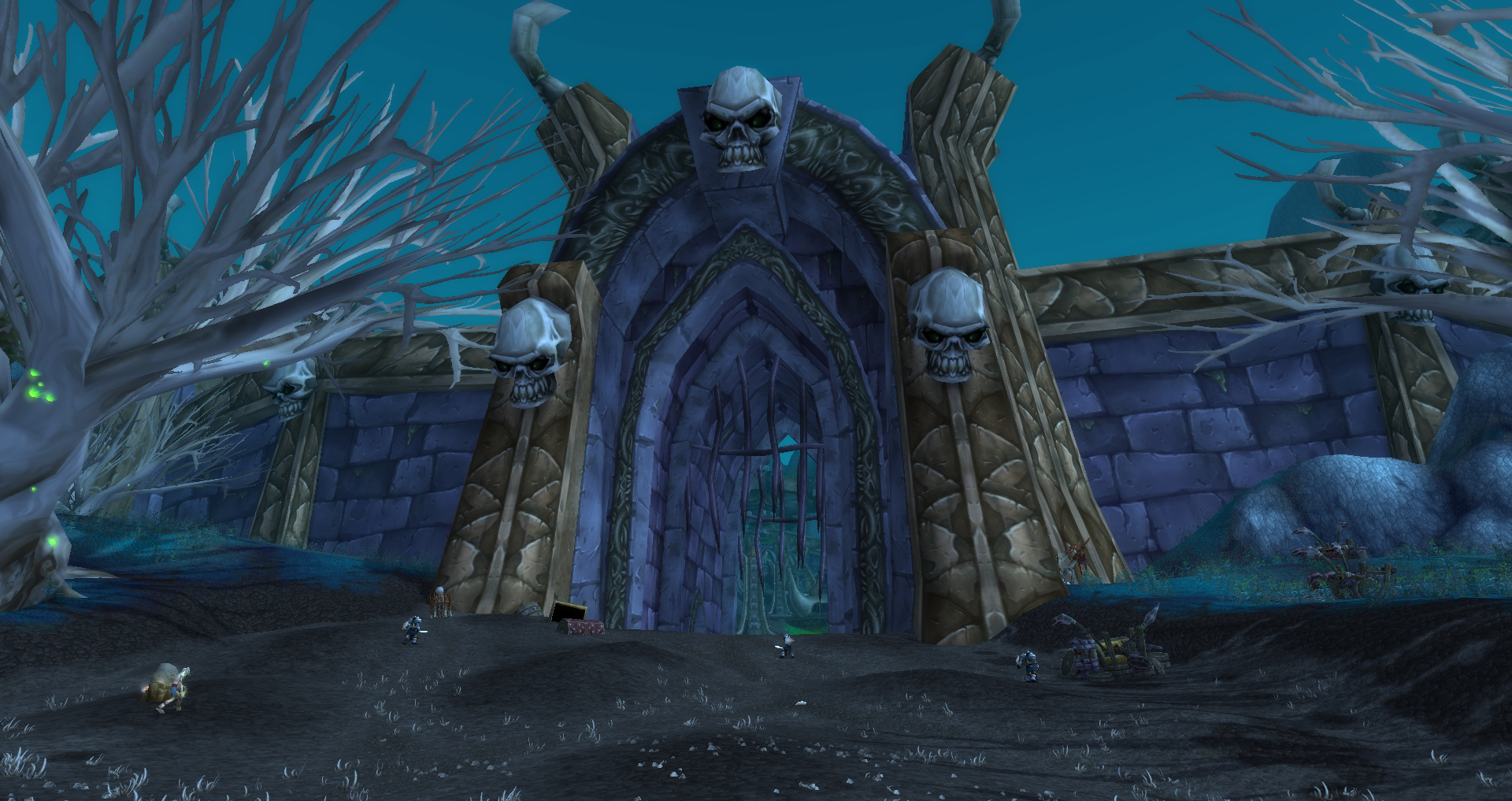 Once a border city of the Kingdom of Loarderon, Stratholme was infested with the plague by Mal’Ganis as part of a plot to lure Prince Arthas to Northrend. It’s citizens were turned into mindless undead and the city fell.

Added in vanilla, Stratholme was one of several inaccessible zones in the game. However, with the reworking of Azeroth in Cataclysm, combined with the addition of flight, Stratholme alone remains hidden by an invisible wall that blocks access to the city from all directions.

While you can enter Stratholm via the dungeon version, the zone appears to consist of an uninstanced version which cannot be reached by players. However, some argue that the zone is too big to contain Stratholm, a relatively small city.

Another possibility is that the zone was meant to be an expanded version of Deatholme.

Deatholme, a scourge city which hosts a questline in Ghostlands, sits directly above the hidden zone on the map. There are theories that early in development, Deatholme was expanded into a larger area, hosting a longer questline.

Marking the end of the Dead Scar, a path of destruction leading to the point where the undead laid siege to Silvermoon City, Deatholme feels like a zone intended to be larger than it is. It looks like the beginning of a small city, with elevated buildings, a large entrance gate, and a looming ominous feel. However, the city abruptly stops at the back wall, blocking entry into what would be the inaccessible zone.

Is it possible that the city was meant to be much larger than it is in-game? Receiving its own small zone with a questline discussing it’s relation to the siege of Silvermoon.

Unfortunately, we may never know. As the true purpose of the zone remains a mystery.