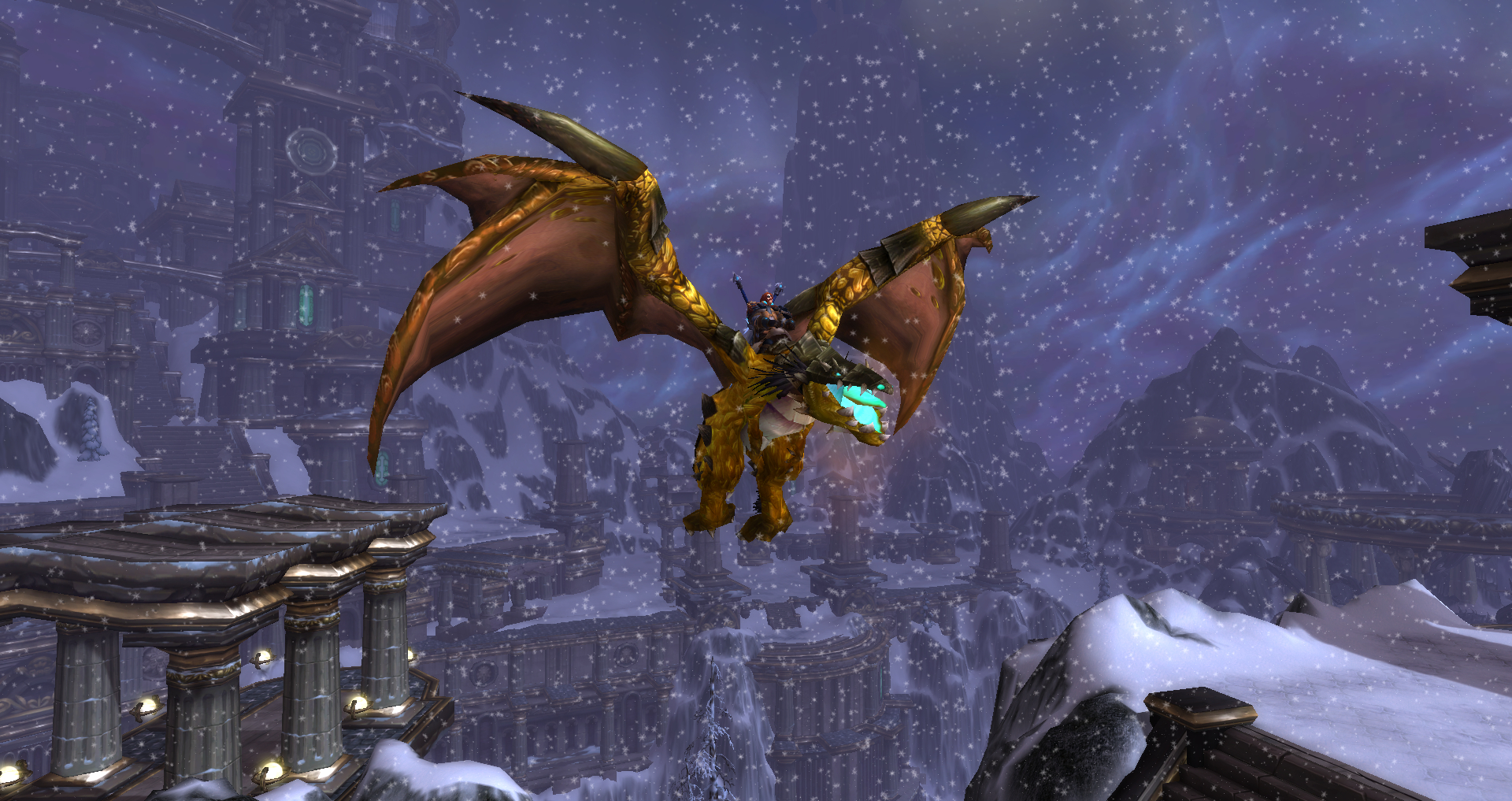 In the frozen heights of the Storm Peaks, there is a great drake, lost in time.

The last of it’s kind, the Time-Lost Proto-Drake patrols the mountains it once called home. Shifting in and out of time, it only appears for a few minutes at a time, but those lucky enough to capture it are richly rewarded.

One of the most hunted rare-spawns in the game, the Time-Lost Proto Drake (TLPD for short) is coveted because when killed, it has a 100% chance to drop a rideable version of itself as a mount. For those interested in getting the mount themselves, you’re in for quite an endeavor. The Time-Lost Proto-Drake is difficult to catch for several reasons. First, it shares a spawn with Vyragosa, a blue dragon which drops a leather helmet. While either the TLPD or Vyragosa will spawn every 6 to 24 hours, Vyragosa is 5 times more likely to spawn, meaning that the Time Lost Proto Drake only spawns a few times per week. Secondly, the Time-Lost Proto-Drake has 4 different spawn locations, and will follow a different patrol path depending on the point it spawns at. Because of this it’s possible to have the drake spawn and be killed by someone else without ever knowing it was up. The map above highlights the four patrol paths, as well as the spawn locations.

Good positions to camp at are the waterfall where the blue and purple paths intersect, and the overlook where the green, blue, and yellow paths all meet on a spawn location. However, these locations often have someone else camping them, so be ready to act fast if you see the TLPD spawn. Addons like Silver Dragon and NPC scan are also useful, they detect if the mob is close by and will sound an alert on your computer. However, the way targeting works was changed in Warlords of Draenor, and you now need to have your mouse interact with the mob to trigger the alert, making it less effective.

Regardless of what method you use, stay with it, and eventually you’ll have your very own Time-Lost Proto-Drake!