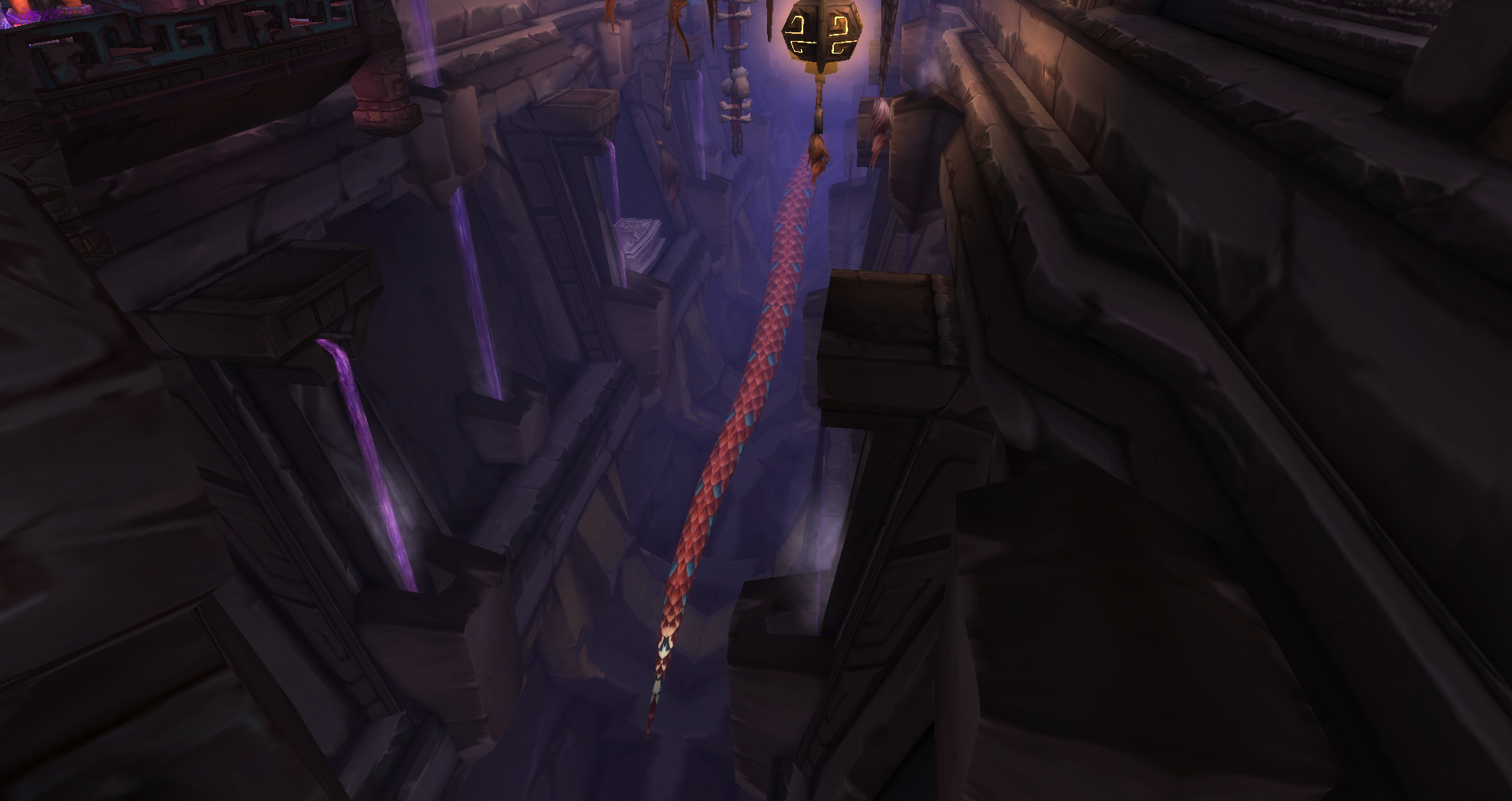 Reaching across the eastern stretches of Northrend, the troll empire of Zul’Drak fights a losing battle.

One of the six troll empires, the Drakkari face wars against the living and the dead alike. Due to this war on two fronts, the Drakkari empire is collapsing. At the heart of their city lies Gundrak, the fortress where their leaders and high priests commune with the Loa spirits in an attempt to save their empire.

The champions of Azeroth fight their way into the fortress and slay high prophet Gal’Darah, toppling the Drakkari empire.

However, something sinister still lurks in the citadel If you take a moment to look off one of the walkways as you pass through the south end of the citadel, you’ll notice a gigantic snakes tail slithering off into the unexplored darkness.

Based on the size of the tail and the rate at which the body expands, the snake would have to be several thousand feet long, making it the largest creature ever encountered in Azeroth.

However, this monstrosity is never mentioned in game. Neither within the dungeon, or during the questline in the zone itself. One possibility is that this is the avatar of a troll god, like Hakkar in Zul’Gurub, or one of the great Loa Spirits troll theology is centered around.

Another theory is that this snake was at one point meant to be a boss. When the Zul’Drak zone was first being built, Gundrak was meant to be a raid, like the original Zul’Gurub and Zul’Aman. The raid would have been much larger, stretching into the inaccessible walkways and tunnels found in the dungeon today. One such walkway begins to travel down the tunnel the snake is in, but gets cut abruptly short. It’s speculated that originally, the tunnel would have continued along the length of the snake, leading to a chamber where we would have battled against the beast.

Unfortunately, Zul’Drak never became the raid it was meant to be, and with it, the true nature of the Great Snake of Gundrak was lost to time.

The Fallen Drake of Nagrand