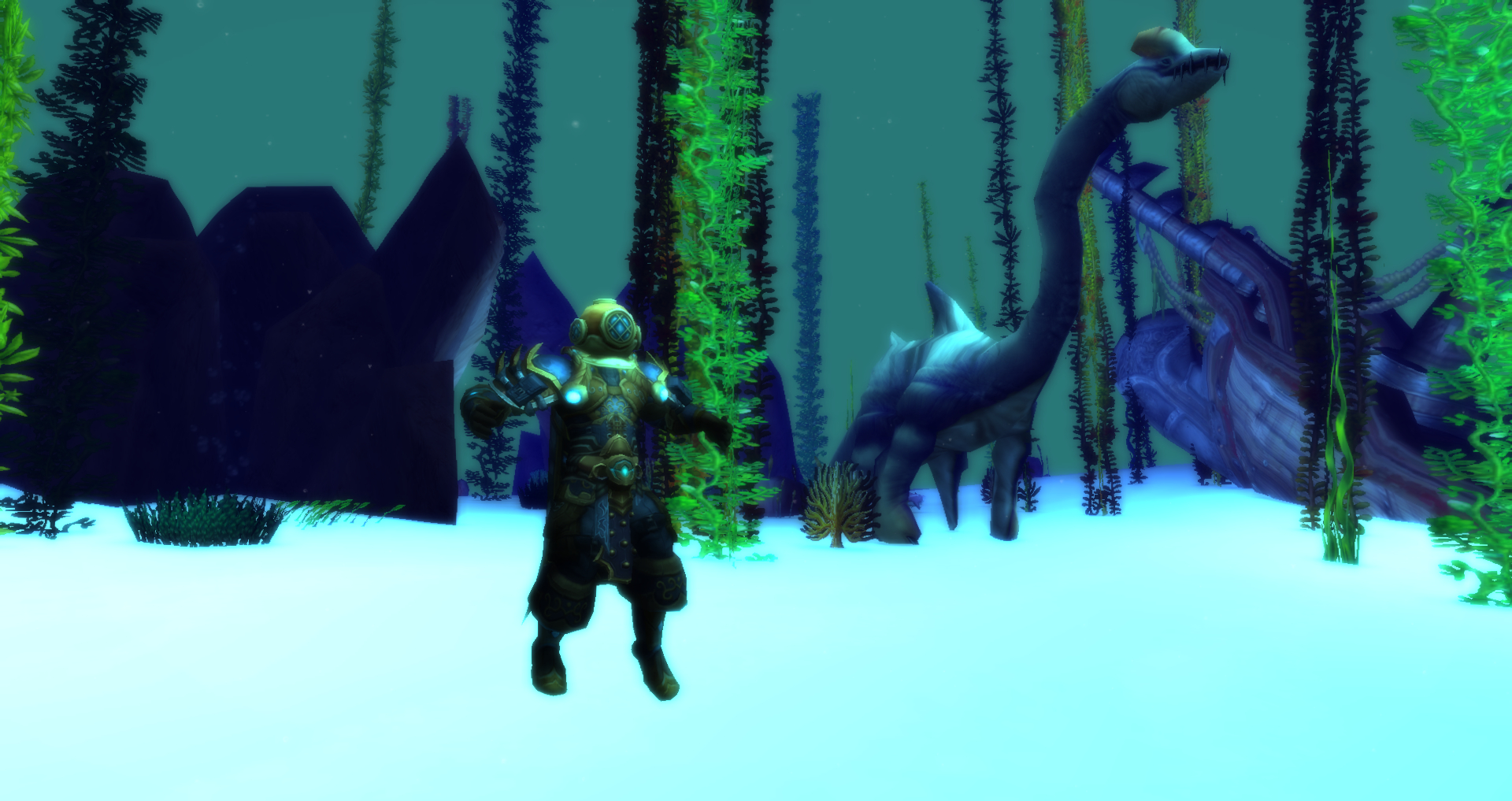 Connecting Ironforge and Stormwind City, the Deeprun Tram is not only a technical marvel, but a work of artistic beauty as well.

Added in Classic WoW, the tram connects two of the Major Alliance Capitals; and while in reality the tram is its own instance, its been designed to appear as if it really was a subterranean tunnel running between the two cities.

As the map to the left shows, this means that in the game world, the tram runs underneath an inlet of The Great Sea between Elwynn Forest and
Dun Morogh.
However, this was a lucky coincidence and not the initial intention. When the tram was first designed, the developers planned to have it connect Stormwind to Darnassus, and the aquarium was supposed to represent passing underneath the Great Sea; but technical limitations prevented them from connecting cities from two different continents, and they changed the tram to connect to Ironforge. With the world update in Cataclysm, a section of land between Elwynn and Dun Morogh flooded, and the presence of water was accurate once again.

In order to create the appearance of passing through the bottom of an ocean, they created an aquarium that stretched around the tram chutes. Normally, the only way to explore the aquarium is by passing underneath it while on the Tram, or from one of the walkways to either side of each car. However, using an incredibly difficult method of clipping through the ceiling farther up the tunnel (the method is incredibly complex, but guides can be found on YouTube) and hang-gliding through darkness I was able to get behind the glass walls and explore the murky depths. The first thing I noticed was that despite the appearance from within the tunnel, the aquarium isn’t one uniform body of water; rather it’s two large unconnected bodies of water on either side, with empty space above the tram tubes giving the look of water. In fact, the water didn’t start until about 5 feet away from the tube! I also spied Nessy, the infamous elite neutral Plesiosaur which swims around the aquarium.

In order to give the appearance of the aquarium being part of one large connected body of water, Nessie will swim into the distance and teleport to the other side every few minutes.
Each side has it’s fair share of shipwrecks, seaweed, and rock formations. Overall, the expedition was a smashing success. I’ve been captivated by the Deeprun Aquarium for as long as I’ve been playing WoW, and finally getting the chance to delve into the briny depths myself was an incredibly special experience. As always, I encourage my readers to explore the locations I write about themselves; but in this case especially, text and photos fail to capture the overwhelming beauty of this tiny pocket of Warcraft history.