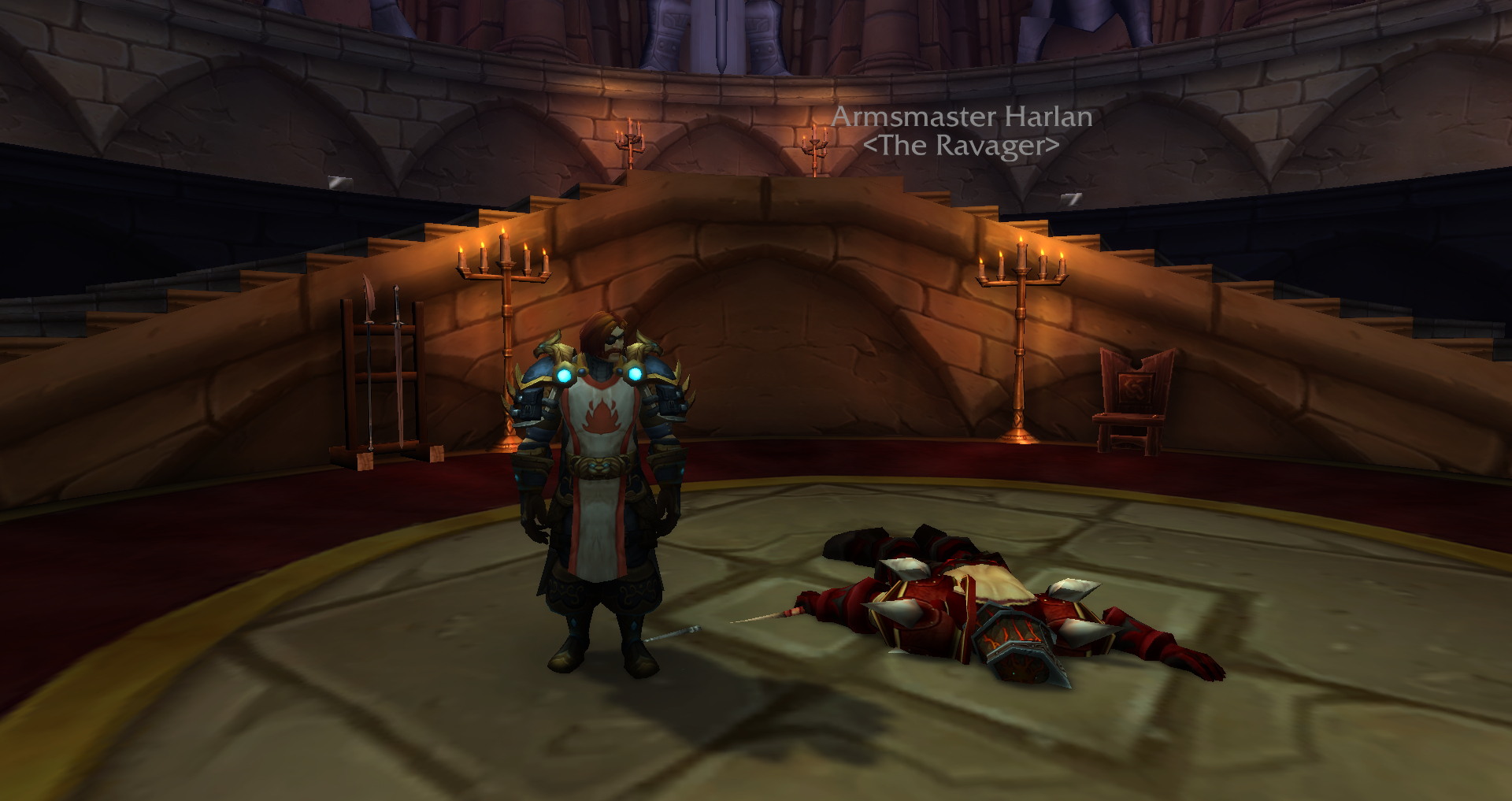 In the northern recesses of Tirisfal Glades, the Scarlet Monastery is one of the last bastions of the once-great Scarlet Crusade. Previously, players wishing to obtain a Tabard of the Scarlet Crusade of their own and join the ranks of the crusade need only head into the Scarlet Monastery and farm the mobs spawned by the final boss, High Inquisitioner Sally Whitemane. But with the dungeon overhaul in Mists of Pandaria the ability to obtain this tabard was removed.

However, this was later amended in patch 5.2 when, despite it still not showing up on his loot table, the tabard was stealthily added back into the game as a rare
(1.1% chance) drop from Armsmaster Harlan in the Scarlet Halls. Farming the tabard for yourself is easy, but repetitive. First head to the Scarlet Monastery, just north of Undercity. Then go into the portal to the Scarlet Halls (on your right). Clear the dungeon until you come across a room with a sunken pit in the middle. That’s where you’ll find Harlan, blissfully unaware of the number of deaths he’s about to endure.