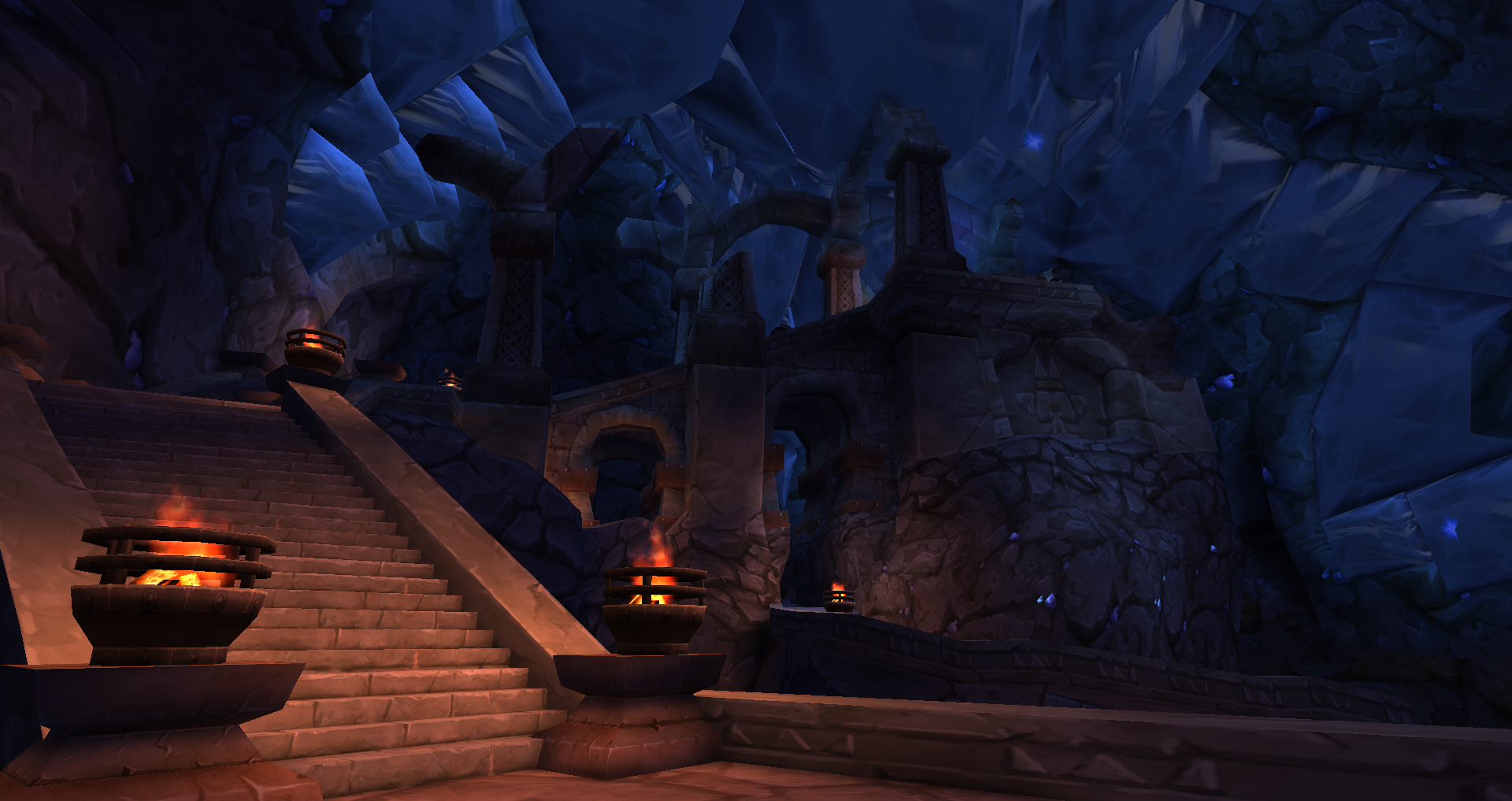 Deep in the fiery heart of Ironforge, the earliest section of the city lies almost entirely abandoned.

Old Ironforge, also known as The Hall of Thanes, is the sacred heart of Ironforge; where the Dwarves bury their honored dead.

Since the earliest Vanilla builds of World of Warcraft, Old Ironforge has been in the game, hidden beneath Ironforge City. From Vanilla to WOTLK, players had no way to access the area without exploits, as it had no entrances connecting it to the larger city. However, in Cataclysm, a doorway was added to the main throne room opening into a long and abandoned tunnel that led to the great Hall.

It’s newly accessible nature in Cataclysm was a result of it’s use as the temporary tomb of former dwarven king Magni Bronzebeard. Who was turned to diamond while communicating with the elements during the Cataclysm pre-launch event.

But Magni’s presence in The Hall of Thanes lasted only three expansions, as he awoke during the Legion pre-launch event and left Ironforge with the Alliance player during a story quest. Despite Magni’s recent absence, Old Ironforge remains accessible to players who can still freely explore the twisted heart of the mountain. Upon entry into the chamber, players may go two directions.

Up, towards a top level containing the now damaged remains of the library where Magni Bronzebeard was turned to Diamond in a ritual gone wrong. And down, towards a twisting walkway that leads to two bridges, each ending at a closed doorway. The doorways are unfortunately inaccessible, and clipping through the walls reveals that nothing lies behind them, and they are most likely decorative. While it may no longer possess the exclusivity and mystery it once held, Old Ironforge remains a beautiful and secluded piece of Warcraft history.