A video guide for this exploration can be found at entry #3 in Episode 1 of Five Minute Explorations, which is shown above.

Edit: As of September 2020, the meaning of the memorial has been discovered. This article has been updated accordingly. Please note that the information in the video above is now out of date.

Hidden deep within The Valley of Wisdom in Orgrimmar is a mystery as old as Azeroth itself. 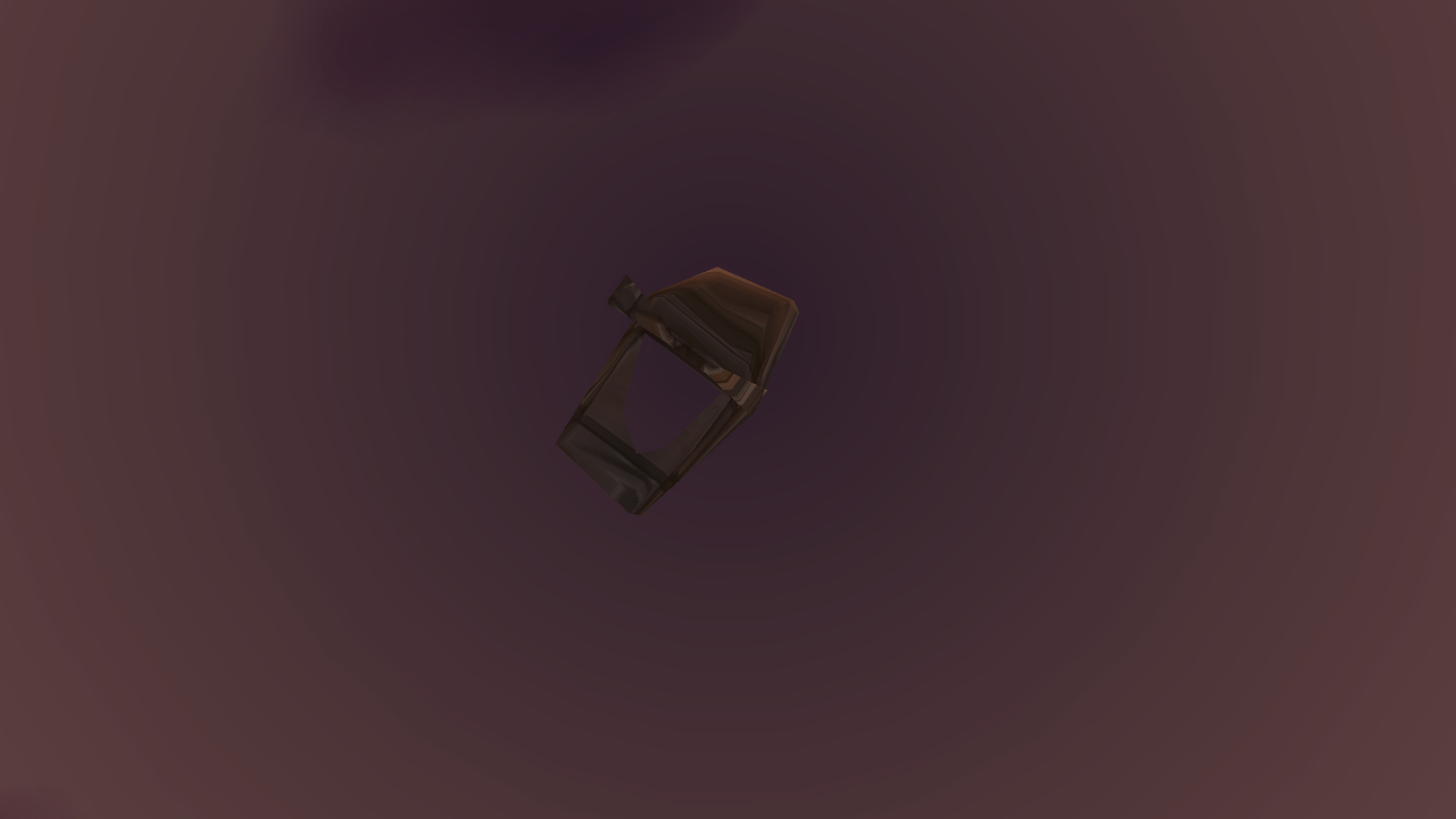 Once one of the most famous secrets in World of Warcraft, you may already be familiar with the candlelit nameplate that reads WKM. Nestled inside one of the stone pillars overlooking The Drag, this famous exploration has been hiding in plain sight over the bustling city of Orgrimmar since the Cataclysm. Originally a rather complex exploration to complete, the discovery of new terrain clip method has made it far more accessible. Using the method detailed in the video above, any explorer with a flying mount and quick reflexes is now free to visit this memorial for themselves.

After you’ve clipped inside the rock outcropping, you’ll find yourself in a small room with a stone passageway above you. Flying up it will lead you into the secret room which holds a piece of exploration history. 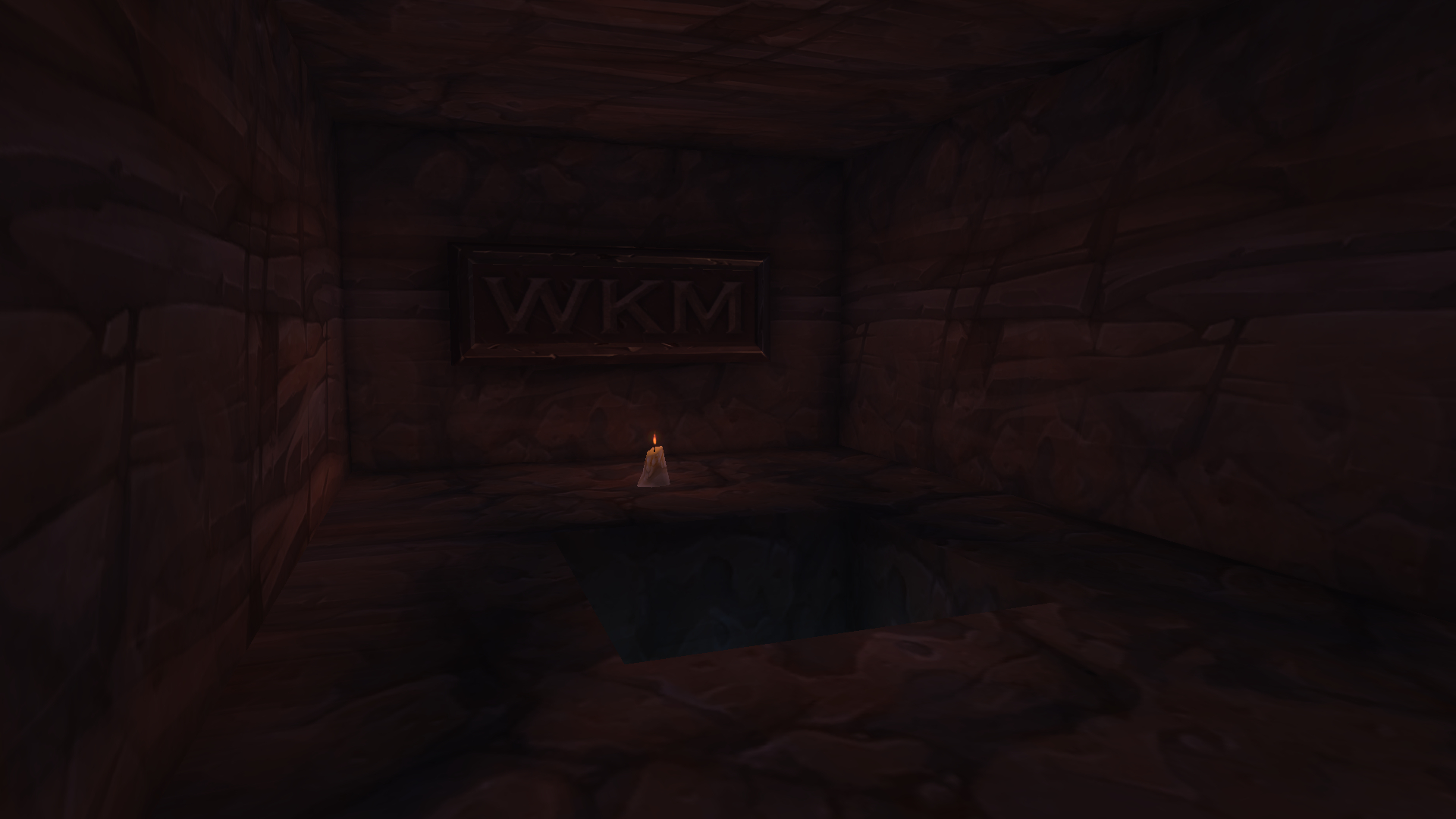 Once inside the area is relatively unassuming. A simple stone room decorated with only a candle and a metal placard reading WKM, this might normally have been dismissed as a scrapped part of the city. However, the mystery surrounding the three letters was a major point of discussion among the exploration community for years.

For almost 10 years, no-one was sure what the letters WKM stood for.

Originally, the main theory surrounding the letters was that they were were a tribute to the late Michel Koiter. A Blizzard artist who passed away during the development of Vanilla WoW and who had several other tributes hidden throughout the game. However, this theory didn’t explain what the letters stood for (the best guess was they meant Warrior, Koiter Michel) and tickets filed with game masters revealed that even the employees who still worked Blizzard were unsure of the acronym’s true meaning.

With no definitive answers and the date since the creation of the monument drifting further away, it seemed unlikely that the community would ever learn the true meaning of WKM. 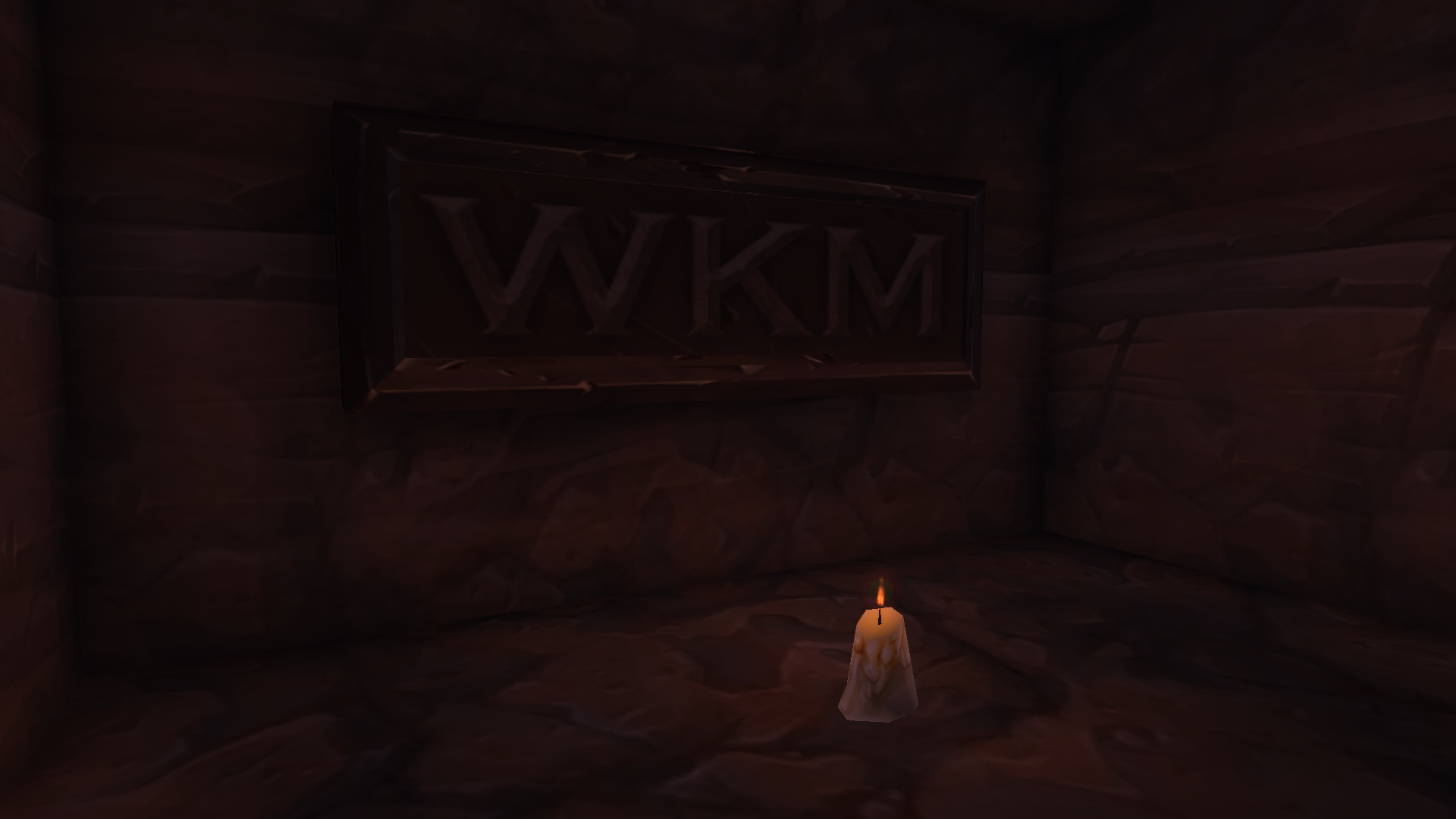 However, in September of 2020 a former senior artist at Blizzard Entertainment, Chad Max, stepped forward. Chad had been the developer in charge of the Orgrimmar redesign during Cataclysm, and had added the room as a memorial to his father, William Kenneth Max.

With that, a ten year mystery was brought to a close. The letters serve as a virtual memorial to honor the father of the developer who rebuilt the city, and the nature of the room itself has shifted from one of mystery to one of reverence.

So whether you’re an avid explorer or you simply want to pay your respects, the WKM memorial is, now more than ever, well worth the visit.