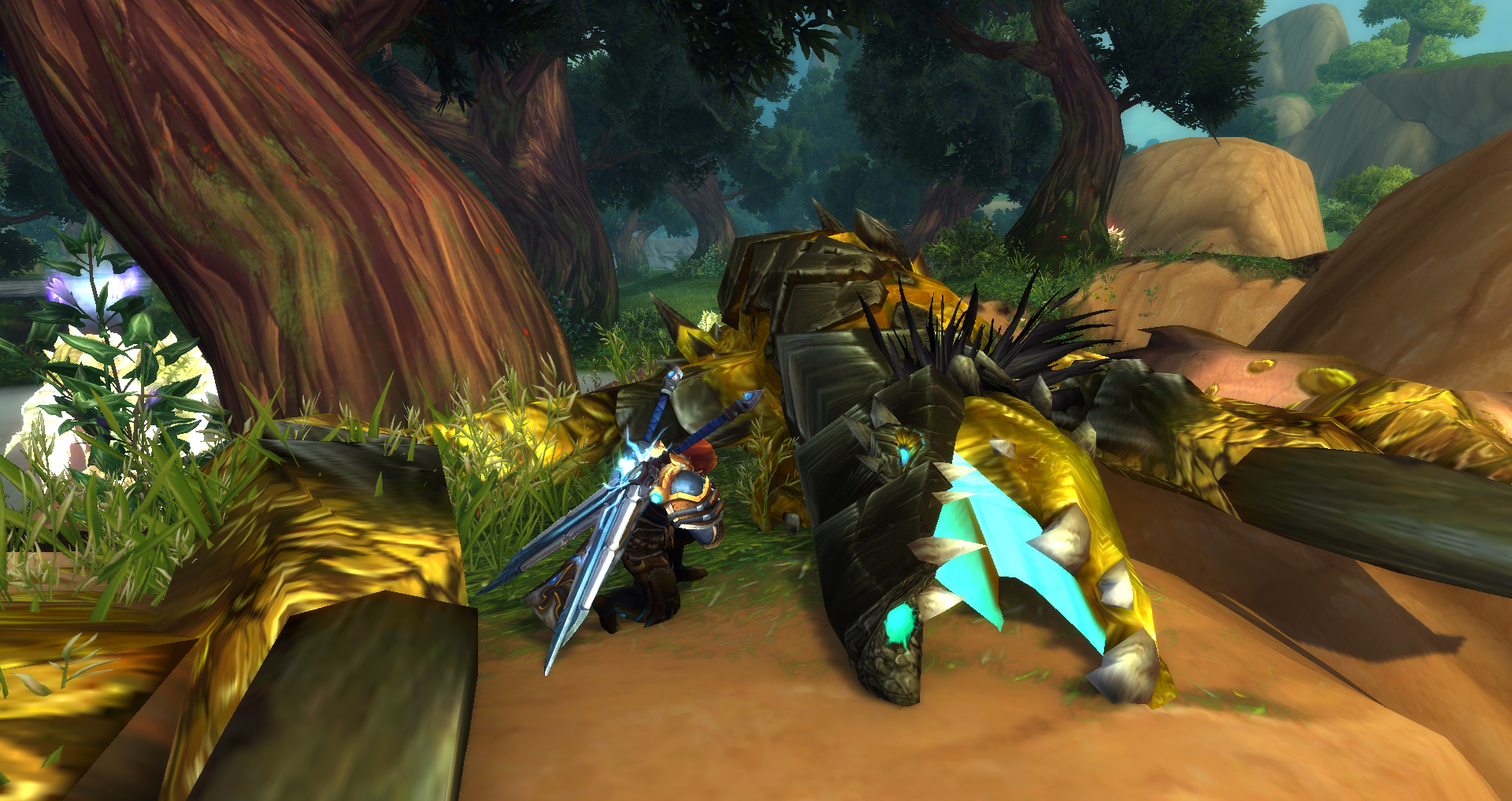 The Time-Lost Proto-Drake, Previously mentioned in The Time-Lost Proto-Drake: Northrend’s most illusive beast, has been infamous since Wrath of the Lich King for it’s infrequent spawn times, varied flight paths, and propensity to dismount players. However, since Warlords of Draenor, the drake can be found in Draenor Nagrand for all to see. The only problem, it’s dead. Since Warlords of Draenor was launched in 2014, the corpse of the Time-Lost Proto-Drake has sat on a hill in the northeast corner of Nagrand. It never despawns and cannot be looted; inspecting the NPC ID (a code unique to each NPC in the game) shows that it’s the exact same NPC type as the one hunted in the Storm Peaks. This means that if this dragon could be looted, it would have the mount in it’s inventory.

The big mystery surrounding the beast is how exactly it got here.

Northrend is the only continent where Proto-Drakes can be found in the wild, which raises the question of what one is doing not only off it’s continent, but on an entirely different planet. Draenor is light years away from Azeroth, accessible only via the Dark Portal or small mage portals. Neither of these methods would have permitted a massive dragon to cross between worlds. The most likely theory is that since Draenor is a pocket universe created by time manipulation, the “Time-Lost” dragon was somehow pulled from his own timeline into this one. Shifting into Nagrand, the drake would have suddenly jumped to an area much warmer than what it was accustomed to. It’s likely that the sudden temperature shock, altitude change, or possibly just the shift itself killed the Dragon.

Much like how it came to Nagrand, the true cause of this creatures death remains a mystery, we know only that it died as it lived, lost in time.

The Great Snake of Gundrak