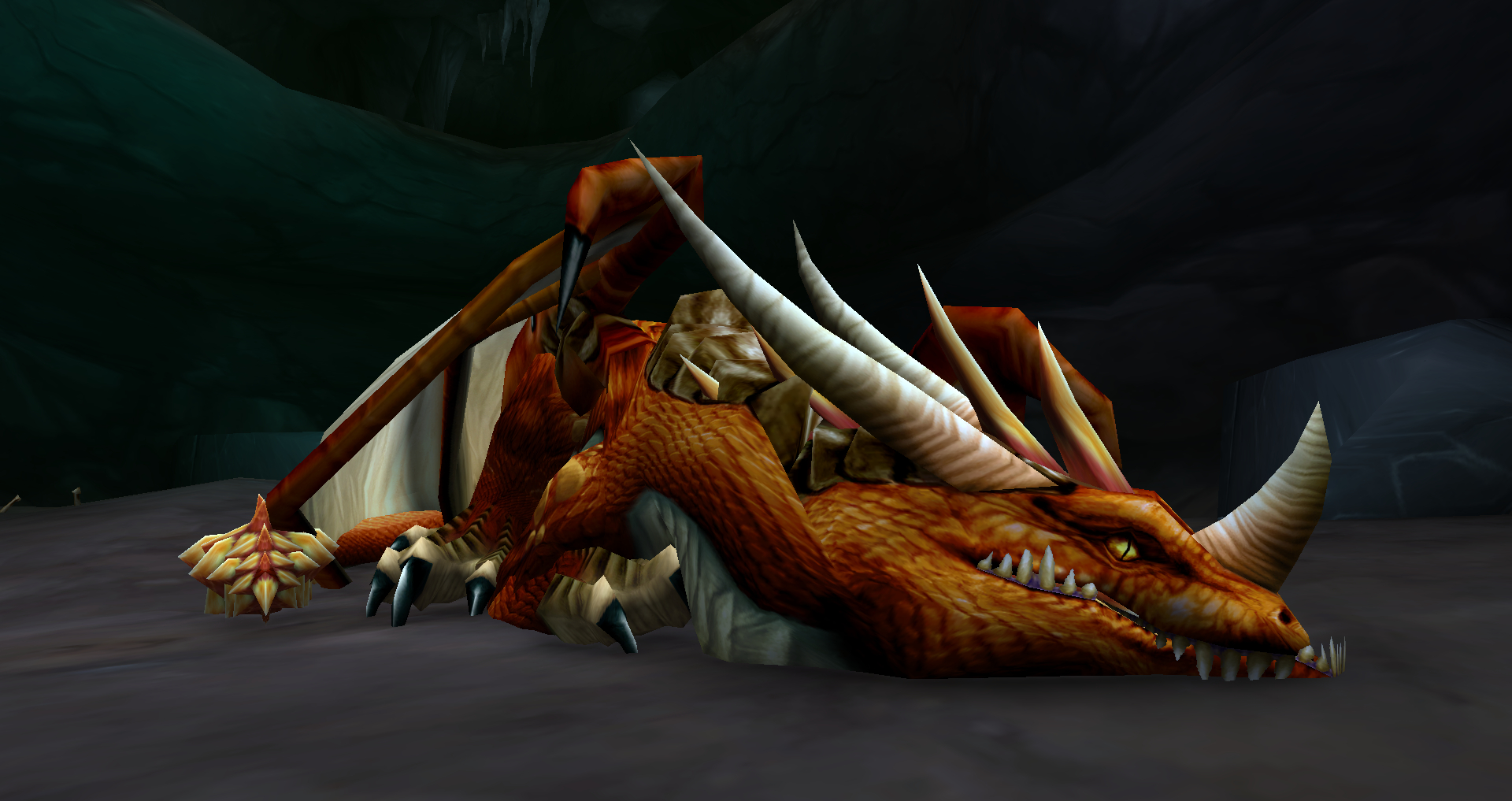 Silithus and Ahn’Qiraj are thought of as many things, but peaceful is not normally one of them. However, in the chaos of the fallen kingdom, there is a single remote bastion nestled in the southern tip of uninstanced Ahn’Qiraj. Sitting on an uncharacteristically lush shore, the small inlet isn’t marked on any maps, and isn’t part of any questline. Its remote location makes it easily missed by those not actively looking for it. Entering the cave it appears completely empty, stalactites hang from the ceiling and there’s a noticeable lack of music. Explorers might come to the conclusion that the cave is simply an unused asset, until they reach a large pit in the center chamber and find a red dragon sleeping within. Andrestrasz, a large level 5 red dragon, rests in the center of the cave. With the exception of a few piles of bones littering his feet, Andrestrasz is the only npc or object in the chamber. What’s more there seems to be no way to interact with him; players have tried all manner of methods including detecting invisibility, tracking demons, and even equipping certain titles.

Added in Mists of Pandaria patch 5.3, some speculate that Andrestrasz exists as some sort of memorial; most likely to someone named Andre. Others think he’s part of some unimplemented questline or scrapped story. Even some of the developers aren’t sure. When asked via Twitter in 2014, former Blizzard developer Dave Maldonado said

“I’d bet $20 it’s a homage to someone’s 5 yr old named Andre but would have to dig into data to find out for sure.“ However, 4 years later the mystery remains unanswered. So whether Andrestrasz is the last trace of an untold story, or simply a memorial to an unknown player, he will continue to rest undisturbed beneath the sands.

The Fallen Drake of Nagrand

The Great Snake of Gundrak