Home Exploring Azeroth Lost in the void: The shipwreck in the Twisting Nether 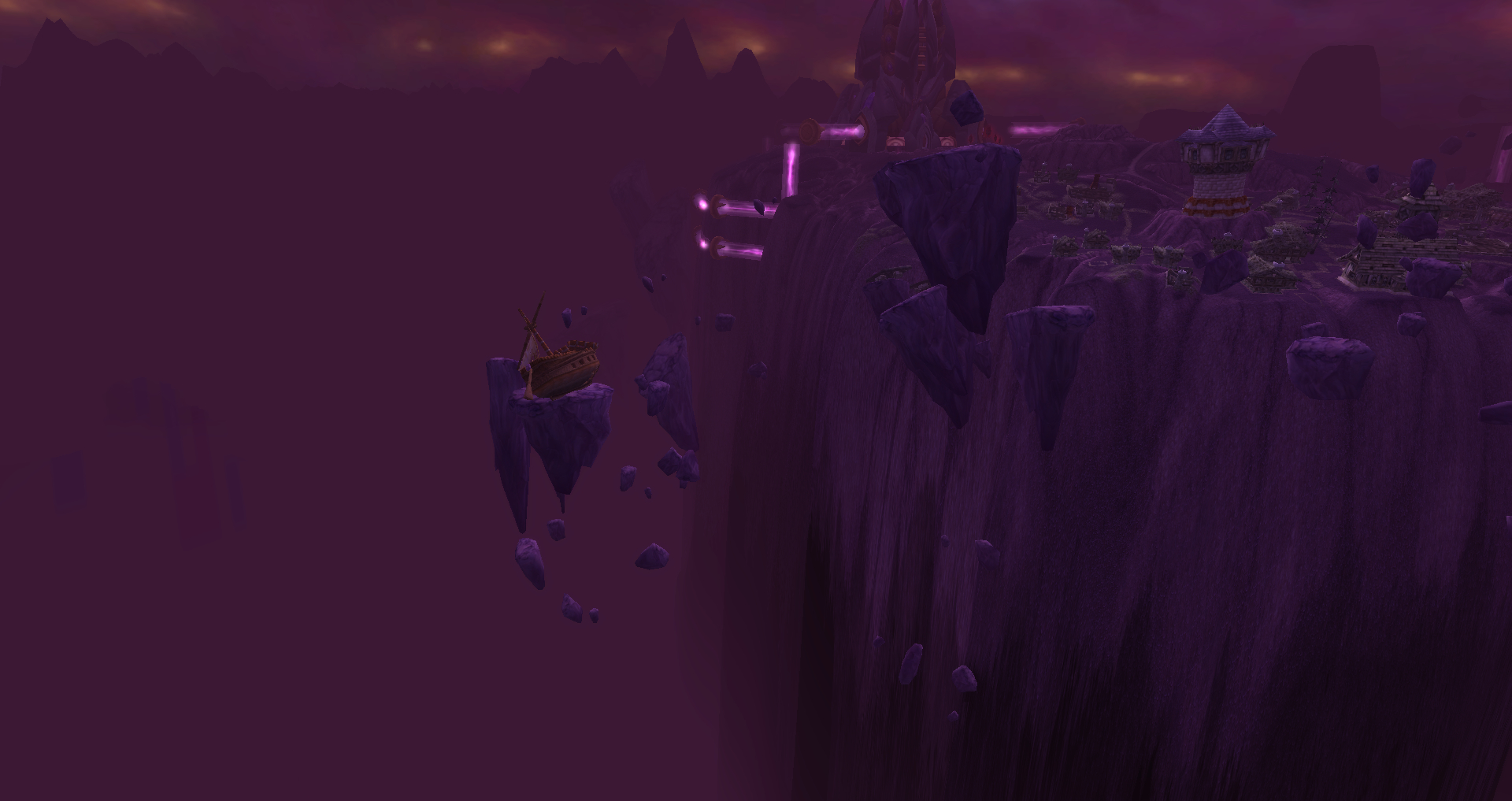 While most of the small rocks and bits of debris that hover in the Twisting Nether are relatively uninteresting, there is one large exception…

The ruins of an Alliance sailing ship, smashed open and stranded, float alone in the great abyss, resting upon a small hovering island.

Located between Hellfire Peninsula and Netherstorm, the ship has no related quests and at first glance its presence appears to be somewhat of a mystery.

The ship tilts dramatically to one side, both decks of it’s lower hull smashed open on the rock it’s resting on. The anchor hangs extended, as if the boat had been stationary when it crashed. However, upon further inspection the curious circumstances of the crash begin to make themselves clear.

First off, the gaping hole in the hull seems to line up with the angle the ship is resting at, as if it had been dropped from a great height onto this island rather than damaged while sailing. Next, if you look ahead to the edge of Netherstorm, you’ll see the ruins of Kirin’Var Village; an Alliance port city that was badly damaged when Ner’Zhul sundered Draenor, thrusting parts of it into the Twisting Nether.

With the sudden loss of the planet surrounding the Outlands, the oceans dropped away along with anything that was in them. Plants, sea life, and ships all fell into oblivion as the Outlands were broken away.

When we examine the floating debris from Kirin’Var, there are what appear to be sections of dock floating in the void; this reinforces the theory that the ship was docked at Kirin’Var village when the sundering occurred.

As the water rushed away from the boat, it began to drop into the void, but was saved at the last second by crashing into a section of rock that had traveled with the rest of Outland.  This would explain both the dropped anchor, and the gaping hole in the side of the boat.

Ironically, anyone onboard would have been spared one fate only to find themselves facing another. Crashing into the rock saved them from going adrift in the Twisting Nether, but left them stranded a hundred feet from shore.

Hopefully Kirin’Var had some gryphons available to recover the marooned sailors.