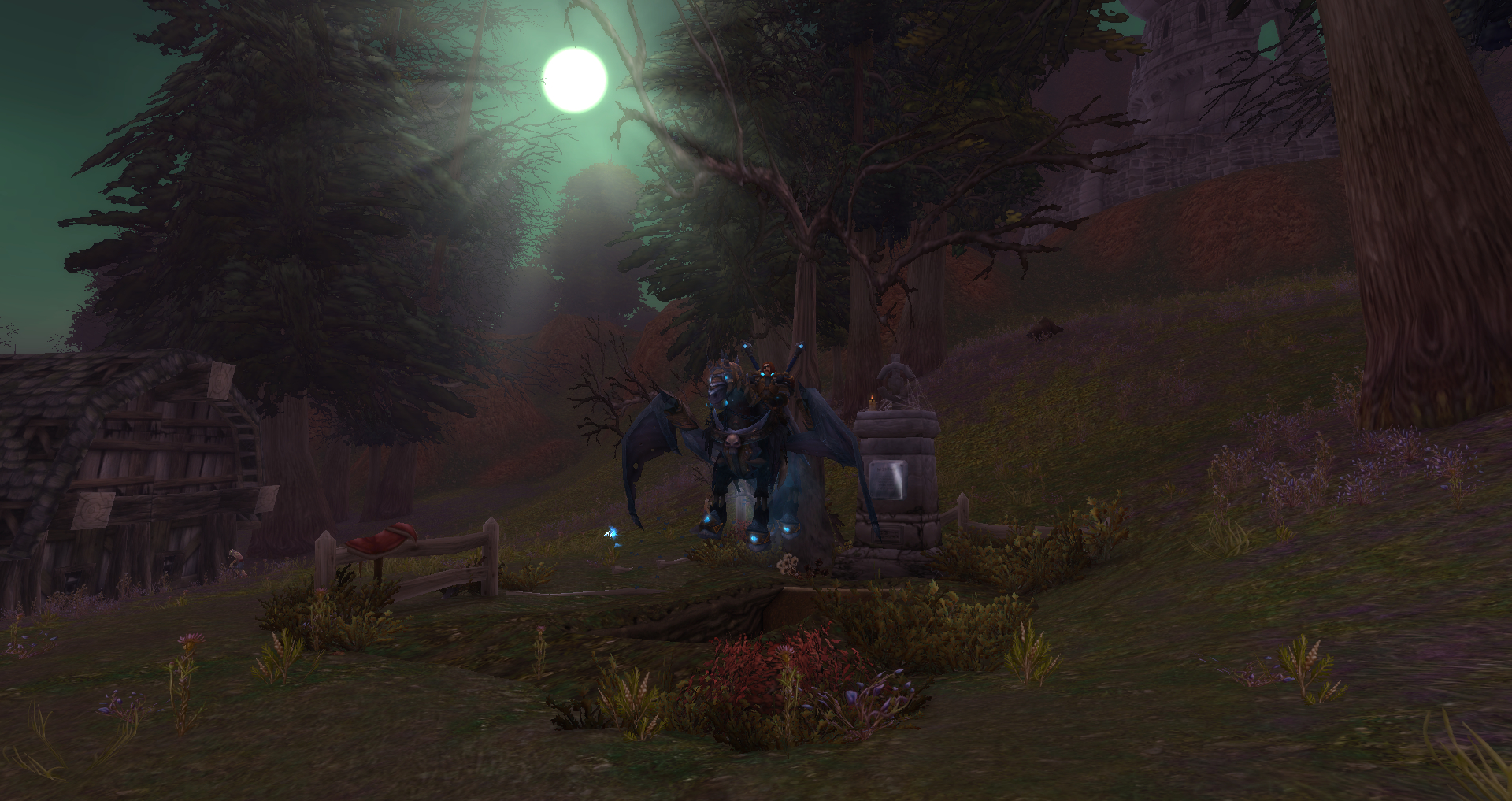 Given as a gift to Prince Arthas Menthil on his 9th birthday, Invincible was a noble Loarderon steed. Trained by Arthas, the steed formed a lifelong bond with the prince.

However, fate was not kind. Years later, Arthas raced a blizzard, attempting to seek shelter at Balnir farmstead. Misjudging a jump, Invincible fell to the ground, shattering both his front legs. Unable to heal his noble steed, Arthas was forced to kill it in order to end its suffering.

Wracked with guilt, Arthas buried Invincible outside the farm where the horse was born.

Years later, after falling to the scourge and being risen as a Death Knight, he returned to the grave once more, resurrecting the corpse of his boyhood steed. At last, they were reunited. While most players know about Invincible as a mount dropped when you kill the Lich King on 25 player heroic mode, few know that his grave was added in Wrath of the Lich King.

Located east of Balnir Farmstead, a large empty plot is accompanied by a headstone, with a plaque memorializing the steed. For all the atrocities he committed as the Lich King, Arthas’ unwavering love for Invincible stands testament that at least some sliver of his humanity remained in undeath.